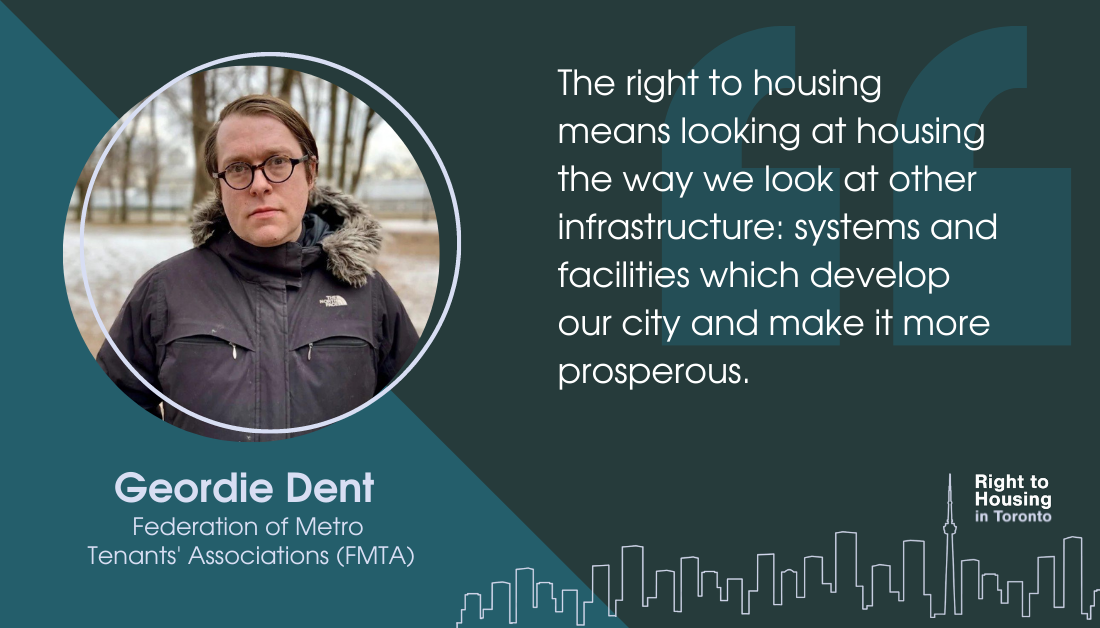 The Right to Housing means looking at housing the way we look at other infrastructure: systems and facilities which develop our city and make it more prosperous. While infrastructure sometimes has a small user fee attached, most in Toronto expect to be able to access water, hospitals, schools, parks, roads and other public services without major obstacles.

Unfortunately, housing doesn’t currently work this way…but it should. Many residents have been priced out of the ownership market and are leaving the city, while a large portion of the population has been priced out of the rental market altogether ending up entrenched in homelessness on the streets. We wouldn’t expect people to be turned away at a hospital, park or water fountain due to cost, and the same principle should apply in a city operating under the principle of the right to housing.

What is the number one thing that Toronto City Council must do to advance the right to housing this year?

The City has to immediately legalize rooming houses across the city. While they are violating their own right to housing policies in breaking up city encampments, residents in those encampments have no current options to find affordable housing off the streets. Safe and legal rooming houses would be a straightforward way to allow the creation of affordable housing options for the City’s low-income residents, currently forced to live in unsafe housing options.

Tweets by @@R2HTO
2022 election campaign
Get our newsletter