Would the City of Toronto be obligated to provide every resident with an adequate home?

No. Governments, including City governments, are obligated to “respect, protect, promote, and fulfil” social and economic rights. That is, the City must avoid directly violating those rights, prevent other actors from violating them, create conditions to enable the realization of those rights, and directly fulfil them where possible and necessary. The City would commit to dedicating “the maximum of its available resources,” including its land, funds, and regulatory powers, to ensuring everyone has equitable access to adequate housing.

Would the City end homelessness tomorrow?

Sadly, no. Human rights are not a magic wand that the government can wave to grant social and economic rights. Instead, the City would create and implement a plan to “progressively realize” the right to adequate housing for all, over time, with priority given to those in greatest need. This includes taking immediate action to address urgent threats to human security and dignity, such as homelessness.

The City would also be obligated to respect the rights of people facing homelessness. For example, the City would end the practice of ticketing individuals in public spaces for panhandling and other survival activities. Instead of being served with eviction notices and then bulldozed, informal encampments would be recognized as important sites of collective safety for people without other options, and would not be relocated without an alternative acceptable to the community.

Would individuals be able to take the City to court to claim their housing rights?

No. Recognizing and committing to a right in policy is not the same as creating a new right in law that can be claimed through the courts. Instead, the City would create mechanisms through which to enforce the right, as discussed below.

Would enacting the right to housing allow the City to interfere with private property rights?

Not any more than it currently does. The right to housing means that the City would use its existing powers—such as planning, zoning, licensing, by-law enforcement, fees, and taxation—to secure residents’ housing rights. Those powers would not, for example, allow the City to force a landlord to rent a vacant unit against their wishes; but they would allow the City to levy a tax on vacant units, for example, thereby disincentivizing vacancy, and generating resources that can be used for affordable housing.

Let the City know that housing is a human right. 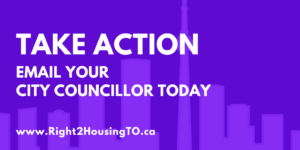 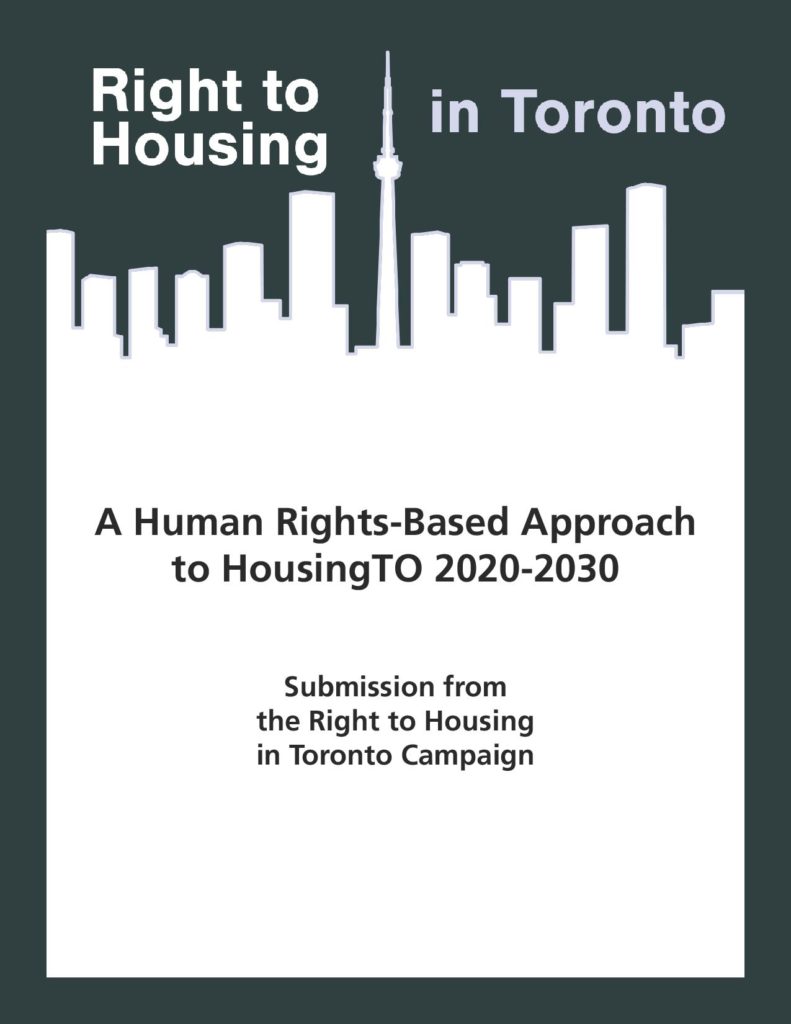