Toronto City Council met on June 8 and 9, 2021 where several motions were presented by Councillors to address homelessness in the city.

Ahead of this meeting, the Joint Statement: Protecting People Experiencing Homelessness and Ensuring the Safety of the Shelter System was developed by the Toronto Drop-in Network and the Shelter and Housing Justice Network. The statement urges the City of Toronto to act in compliance with human rights legislation at the provincial, national, and international levels by enacting a rights-based approach to engage with encampment residents and people experiencing homelessness. The statement was signed by over 20 organizations and groups, including R2HTO.

Several motions were introduced to amend the recommendations to the City Manager on this matter. While, the motion introduced by Councillor Josh Matlow did not pass, a major part of the motion introduced by Councillor Mike Layton passed with a near unanimous vote. Councillor Layton’s motion asked for the City to reiterate its commitment to a human rights approach to housing for those experiencing homelessness as well as ensuring that City staff develop and implement a response that is consistent with the Jury’s recommendations from the Faulkner Inquest, as it specifically relates to the health and safety of those living in encampments. Unfortunately, Councillor Layton’s motion to meaningfully engage encampment residents and people with lived experience of homelessness in developing a strategy to provide them with housing opportunities failed to gain support from a majority of City Councillors.

Reinforcing the City’s human rights commitments is a welcome development and is a crucial approach to addressing the housing and homelessness crisis in Toronto. Meaningful engagement of impacted communities is also a core aspect of a rights-based approach to housing, such as serious human rights issues like homelessness.

Let the City know that housing is a human right. 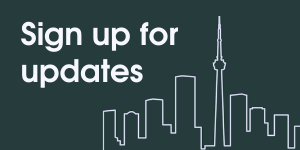